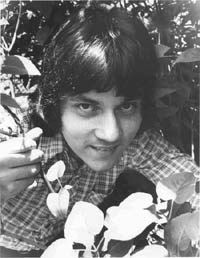 Few deejays - if any - have treated the music they play with more reverence than Roger Ashby.

For years, Ashby's Sunday Morning Oldies Show has been one of rock radio's most informative and entertaining programs. Ashby's always interesting historical tidbits and wide variety in the music he played have made the weekly three-hour show a delight.

Ashby has also carved a special niche in CHUM history as the only deejay to appear on that station in a regular shift in five different decades. He started in August, 1969 - a mere four hours after finishing his last shift at Hamilton's CKOC - and continued at CHUM until switching over to CHUM-FM as morning host in 1985. The Sunday Morning Oldies Show also switched to CHUM-FM but returned to the AM side in the 1990s, giving him a fourth decade at CHUM-AM. He got a fifth decade when the Sunday Morning Oldies Show returned in 2003. Ashby holds the distinction of being the only person to hold down the morning show on both CHUM-AM and CHUM-FM.

(Notes: Rode MAY have filled in mornings at CHUM in 2000 but did not do a regular shift. Brian Henderson was at CHUM in the '70s but only in the late '90s and early 2000s as a deejay. Several newsmen have done the three-decade thing (Peter Dickens comes to mind), but we're only talking deejays here.)