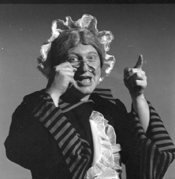 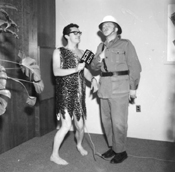 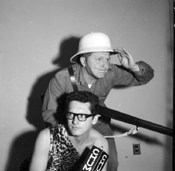 It was Monday December 2nd 1963, when Jay Nelson (real name: Frank Coxe), CHUM’s new ‘morning mayor’, turned on the microphone in the studios at 1331 Yonge Street for the first time and said...actually, what he said on his initial CHUM broadcast is lost to time, but for the next 17 years and 22 days, ‘Jungle’ Jay woke up Southern Ontario with plenty of humour, lovable characters such as Maude and Shredney Vashtar, plus chartfuls of hit music.

All of the CHUM DJ’s of that time (John Spragge, Bob McAdorey, Mike Darow, Dave Johnson, Dick Clark and Bob Laine) ‘auditioned’ for the vacant morning slot, but the eventual winner was just across the border in Buffalo, N.Y., at WKBW radio and WKBW TV where he did a kids afternoon TV show wearing a pith helmet and calling himself ‘Jungle’ Jay. 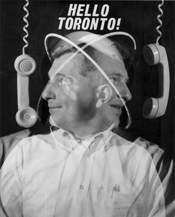 Toronto radio audiences quickly took to ‘Jungle’ Jay Nelson. Early on, he gave away an elephant tusk on-the-air and donated (although CHUM paid) two wallabies to the Toronto Zoo.  Every weekday, he’d make ‘candid-camera’ type’ phone calls on ‘Hello Toronto”. Jay MC’d The Beatles Maple Leaf Gardens concerts in 1964, ’65 and ’66. Jay was also there at Nathan Phillips Square on December 10th, 1980, along with tens of thousands of other Beatles fans, to mourn the death of John Lennon.

Jay Nelson and 1050 CHUM were made for each other...but all good things must eventually come to an end. That end came on the morning of December 24th, 1980 after 17 years and 22 days.

This montage has several ‘neat’ moments. There are plenty of samples of Jay’s daily humour (sometimes quite corny). Right off the top, you’ll hear a pre announcement (read by Bob McAdorey) about Jay coming to CHUM, followed by a CHUM ‘radio cartoon’ about the new morning man. Then, from an aircheck in September of ’64, there’s ‘The World’s Worst Jokes’, which was actually a regular Al Boliska feature that CHUM continued with Jay and ‘Just Plain George’ for nearly a year after Boliska left. You’ll also hear an episode from the late 1960’s of “Mysterious Minerva” featuring Jay and CHUM writer Garry Ferrier. I recorded and produced all of the 80+ episodes of this CHUM feature - Garry and Jay always tried to break each other up. They both succeeded numerous times. 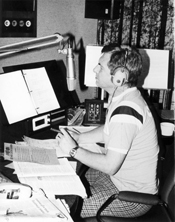 Jay Nelson passed away on February 18th, 1994. The following year, Jay was honoured, along with two other Canadian legendary DJ’s (Red Robinson and David Marsden a.k.a. Dave Mickie) plus about a dozen or so U.S. DJ’s, by the Rock and Roll Hall of Fame’s Salute to DJ’s.

Jay was always fun to work with. Sure he could sometimes be cranky (wouldn’t you be if you had to get up at 4:30 every morning for 17 years and 22 days?), but he always gave 110% to everything he did. That’s the sign of a true pro...and that is the definition of Jay Nelson. 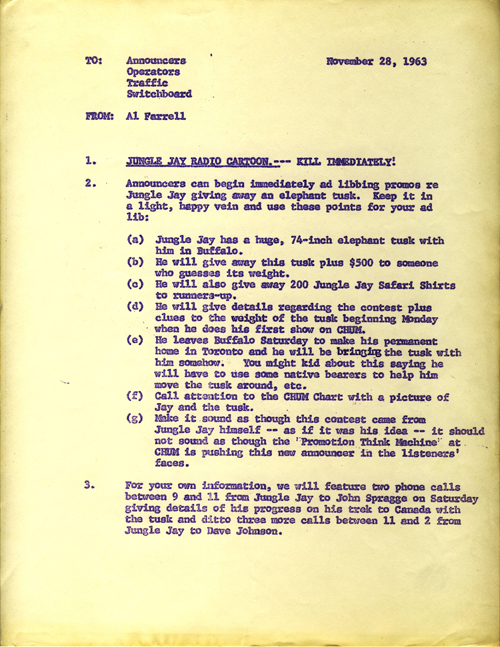