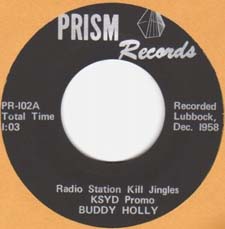 In many newspapers that day - including the New York Times - it wasn't even front-page news. But on at least one radio station, it was the only story.

Hard as it may be to believe, the deaths of Buddy Holly, Ritchie Valens and J.P. "The Big Bopper" Richardson in a plane crash near Clear Lake, Iowa, was not the top story in the national media the day it happened. It was overshadowed by news of the deaths of 65 people in the crash of American Airlines Flight 320 on approach to La Guardia Airport in New York City (the New York Times had the deaths of the musicians on page 66!) Later of course, the date February 3, 1959 became irrevocably associated with the deaths of the three music stars, but that's not the way it was at first.

Snuff Garrett, who would go on to a stellar career as a music producer for artists like Bobby Vee, Gary Lewis and the Playboys and Cher, was a teenager on the air at KSYD Wichita Falls, Texas, on the day the news broke of the deaths of the three music stars. Garrett, who had met Holly while deejaying and claims to be the first jock to have played Peggy Sue, devoted his show to the deaths of the musicians. He did interviews, played their music, and waxed nostalgic about the three fallen stars. Luckily a recording of that show has survived, and we're pleased to feature it on Rock Radio Scrapbook.

(Kudos to Charlie Ritenburg - first for repairing the ancient cassette tape this show was on, then getting it "on speed", then transferring it to CD so you could hear it here. Thanks Charlie!)

WKBW had only a handful of morning men during its nearly 30 years as a live-assist music station. Dan Neaverth had the longest stay, from 1970 until the switch to a satellite oldies format in 1988. He was preceded by Stan Roberts from 1963 to 1970, and Jay Nelson appeared before him from the early '60s until leaving for CHUM in 1963. (Before Jay Nelson in mornings there was another Nelson, Gene).

'KB's original morning man in the Top 40 format was Perry Allen, who did 6-10 a.m. The Nebraska native got his start at KTLN Denver and by the early '50s had joined the Far East Network. By 1958, Allen was at WKBW, waking listeners up as that 50,000-watt giant introduced one of North America's first Top 40 formats. He left 'KB in late 1959 for KFWB Los Angeles, but not after making a lasting mark on Buffalo radio.

Allen died January 31, 2007 in Los Angeles after a broadcasting career that lasted more than half a century. 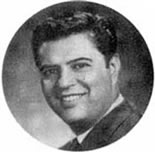 While Russ Syracuse gained fame doing 10 a.m.-2 p.m. at 'KB in 1959, he is perhaps better known for what he did after 'KB. Syracuse, nicknamed The Moose, was pilot of the All Night Flight on the legendary KYA in San Francisco in the 1960s. His show featured an imaginary crew and even some in-flight movies! What imagination! What creativity!

Syracuse, a native of Rochester, New York, loved little rhyming quotes like "a terse curse from your grandfather's hearse." As Ben Fong-Torres notes in his book The Hits Just Keep on Comin', "when some radio people talk about the true beginnings of free-form radio, they talk about the Moose."

Russ Syracuse died April 18, 2000 of heart failure in Sacramento, California. He was 70. 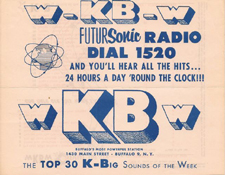 Johnny Barrett hosted the 2-4 shift at WKBW in 1959.  The complete schedule can be found here. 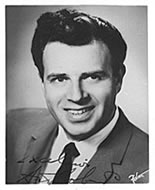 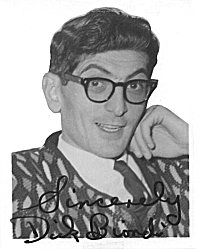 Longevity and radio are two words not often seen in the same sentence. But Dick Biondi defied the odds by being on the air for more than six decades since his start in 1951 at WCBA Corning, New York.

How long has Biondi been around? Well, he REPLACED George "Hound Dog" Lorenz at WKBW in 1958. Since then, literally thousands of deejays have come and gone but Biondi has kept going and was still on the air five nights a week as the second decade of the 2000s began.

It hasn't exactly been a stable career. By his count, Biondi was fired 21 times over a 32-year period. A self-admitted rebel who wasn't afraid to defy management, Biondi got the axe in places as diverse as Buffalo, Chicago, Los Angeles and York, Pennsylvania. But he bounced back every time and has gone on to become one of rock radio's most popular and recognizable deejays.

Biondi puts it all into perspective in the book The Pied Pipers of Rock 'N' Roll by Wes Smith. Says Biondi, "I just wish that everyone could have a tenth of what I have. I've got enough memories to keep me happy for as long as I live. No matter how you stack it, I'm a lucky guy."

"The Best Sound Yet From Your Radio Set."

Christmas is in the air and on the air in this charming aircheck of WMGM just two days before the Big Day in 1959.

As we tune in, Dean Hunter is playing that evening's "sellers" with cigarette ads, long melodic jingles, live reads, news with clackety-clack teletype machines underneath the reader's voice, with lots of familiar and not-so familiar songs.