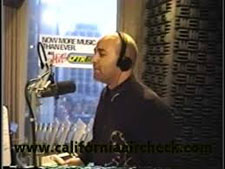 Tarzan Dan Freeman swung into the radio scene in the early '80s and has been a major presence in the Canadian radio-TV "jungle" ever since. The energetic Calgarian got his radio start doing afternoon drive and evenings at CKAR Oshawa, Ontario, from 1980 to 1982. From there the man born Dan Fisico built an impressive resume that includes stops at CFTR, CISS-FM, CHUM-AM and FM Toronto, CKDX Newmarket, Ontario, CKXY Vancouver and CFFR and CFCN Calgary.

Tarzan Dan has also done several national radio shows and a national airline show. His TV work has also been extensive, hosting YTV's Hit List for half of its 14-season run. Tarzan Dan has also been seen on the MuchMoreMusic show Listed. He's a four-time winner of Record Magazine's Canadian Radio Announcer of the Year and a former Gemini Award nominee. As of 2009, he was morning man at CHSU-FM (Sun FM) in Kelowna, B.C.

Tarzan Dan is in fine form on this CFTR aircheck here. 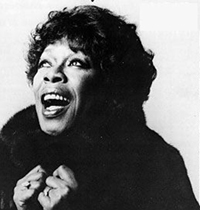 It was called The Station of the Stars. From Bing to Sinatra to Basie to Ella - from the mid-1930s to the early '90s - WNEW-AM played the Great American Songbook.

On April 3, 1990, WNEW remembered a fallen star. Sarah Vaughan, considered one of the greatest jazz singers of the post-war era, died of cancer that morning at the age of 66. As soon as the news broke, WNEW dumped regular programming to remember the The Divine One.

Les Davis was the show host on duty that morning. He and newsman Mike Prelee do a first-rate job of getting the news out and - in turn - honouring Vaughan's memory with her music and interviews from special guests.

So let's go back and listen to WNEW - the day Sarah Vaughan died - here.

The Eagle flew over CKOC.

On this aircheck, Chris Eagle counts down the Top 8 at 8 less than two years before CKOC abandoned Top 40 for oldies as CKMO.

n February 17, 1992, CKOC abandoned its long-running Top 40 format and its heritage call letters for an oldies format under CKMO.

A little over a year later - April 2, 1993 - CKOC admitted it had made a mistake and returned to the original calls which dated back to the station's founding in 1922.

Since its founding in 1959, CKGM has been as closely associated with Montreal as the Canadiens and smoked meat. But for a time those call letters disappeared from the airwaves.

Order was returned to the universe on January 15, 1996 when the classic CKGM call-letters were restored.

One deejay who was at both CKGM and CHTX was Dan Willmott. He jocked at CKGM, first in late nights then middays from 1979 to 1982. Willmott returned to CKGM in 1988 and was part of the CHTX era until 1990. 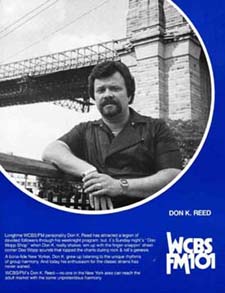 For 27 years, Don K. Reed's Doo-Wop Shop was a Sunday night institution at WCBS-FM. It was part of what made the station so special. But that history ended with the cancellation of the show as WCBS-FM began moving away from '50s music. The final Doo-Wop Shop was August 25, 2002.

The history of Sunday night Doo-Wop in New York radio began with Gus Gossert on WCBS-FM in 1969. Gossert moved the program to WPIX-FM in 1971, left the station in 1972 and died under mysterious circumstances in 1976. Rock historian and broadcaster Norm N. Nite picked up the Doo-Wop baton in May 1973 with his Sunday night "Nite Train" oldies show on WCBS-FM. Nite left for WNBC two years later and was replaced in the Sunday night slot at WCBS-FM in June 1975 by Don K. Reed, who revived the Doo-Wop Shop name.

For more than a quarter-century, Reed played the great street corner sounds of the '50s and early '60s on Sunday nights in the popular Doo-Wop Shop. He simultaneously did a regular late-night oldies show at WCBS-FM until 1995, when he moved to the all-night slot. Reed was still burning the midnight oil when WCBS-FM switched to the Jack format in June 2005. It concluded a 34-year career at WCBS-FM for Reed, who started there during the station's "free form" days in 1971. Prior to WCBS-FM, Reed was at WLIR on Long Island where he started in 1963.

It had an all-too brief life, but KEY 590 was a memorable station in its time.

Also gracing the KEY 590 airwaves was Hall of Fame oldies jock Dick Bartley. Normally, he hosted his nationally-syndicated oldies show The Rock 'N' Roll Oldies Show out of New York, but a couple of times he did the show live from Toronto. The first time was in February, 1989 from the CN Tower, the second was in June, 1990 from Canada's Wonderland just north of Toronto.

Mike Cooper had Bartley as a guest on his morning show the day before his Canada's Wonderland appearance. With Tom Otto news, Lyn Thomas traffic and Chris Mayberry sports, it made for some enjoyable radio.

Here's a portion of Dick Bartley's Rock & Roll Oldies Show from Canada's Wonderland, the day after his appearance on KEY-590's morning show. As usual, Dick is in good form! 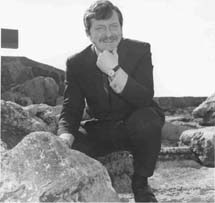 Jay Nelson really changed course after leaving 1050 CHUM in December, 1980, after 17 years in the morning show. First, he worked as a weatherman at CITY-TV (owned by CHUM Ltd.), his first regular TV gig since his days as Jungle Jay at WKBW-TV in the early '60s. After that, it was back to radio at easy-listening CKFM in 1982 as midday host (10 a.m.-3 p.m.) The rather subdued Nelson spinning MOR tunes at CKFM was a far cry from the zany morning guy who played Top 40 records at CHUM and, before that, WKBW.

Nelson left CKFM in 1985 and returned to mornings, this time at easy-listening CHFI in August, 1985. His stay there was short-lived - in May, 1986 he started as the morning man at CHUM's former Top 40 rival, CKEY. This time he was playing oldies and seemed perfectly in his element, but in May, 1987 he moved to the new CJEZ as their first morning man. Nelson spent three years in morning drive at easy-listening CJEZ, moving to middays in 1990 and then to weekends. He left the station in August, 1990 - his last on-air gig.

After his CJEZ days ended, Nelson did a number of things in the early 1990s, from working as the maitre-d at The Daily Planet in Toronto, to operations manager at CKAN in Newmarket, Ont., to teaching radio at Toronto's George Brown College. 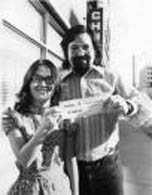 Terry Steele, the legendary CHUM jock who also worked at CKEY and CJEZ in Toronto, died August 13, 1993. It was a freak accident - he fell in the bathtub.

Years later, Warren Cosford - his long-time program director at CHUM - sent us this remembrance he wrote about The Bear shortly after his death. We'd like to share it with you.

"An old friend at CHUM tracked me down in Seattle. She knew I’d want to hear about it before I read about it.

I first heard Terry in 1972. J. Robert Wood dropped his audition tape off at my studio in CHUM. I liked the tape, and the cover letter. The guy sounded like he had class.

In retrospect, Terry Steele was the last piece in the CHUM puzzle that would create one of the most respected and influential radio stations in the world.

In the 70’s, no other radio station anywhere, did all the things that we did; the ratings victories, the promotions that snarled traffic and telephones, the influence on music tastes in both Canada and the U.S, the international awards, and the audio and later video documentaries.

Even today, if you hear a Beatles Special in Florida, a Rock History program in LA. or a Presley Show in Memphis, chances are it was produced by CHUM. Terry Steele played a role in all of it.

On the air, Terry may not have been as funny as Jay Nelson, as creative as Tom Rivers, or as flashy as Scott Carpenter. In the studio on tape, he wasn’t as smooth as Walter Soles and Ron Morey, or as versatile as John Rode. But Terry Steele was consistent and solid. He was the quarterback when everyday was the Superbowl!

He was "Terrible Terry, The Bear in the Airchair from the Big House on Yonge Street". Working with him made you better. He had a kind of Majesty.

I can remember Terry stomping into my little postage stamp sized studio with the lousy air conditioning across from Bob Wood’s office. He always brought his energy level with him. He’d take off his shirt, pick up the script, turn on the mike and say….."All right Cos, let’s embellish the Legend."

Whenever I hired a freshman operator, I always tried to team them with Terry after they’d learned the board on the overnight shift. Terry’s class and professionalism had a way of rubbing off. He was a people person.

Unfortunately, Terry never really found his way after leaving CHUM in 1985. I suspect it had a little to do with corporate culture and a lot to do with 40 minutes of nonstop rock. The "Show" was fading from the "business". Terry knew that the kids were no longer going to bed at night with radios under their pillows. It’s a long way down from the mountaintop.

But he knew it would happen.

In 1975, Peter Goddard devoted most of a page to Terry Steele in the Toronto Star. In it, Terry closed the interview by saying that he planned to get into radio sales "in about 10 years". I never got to ask him why he didn’t.

Terry’s era was radio as an art form, where every show was a morning show. Fortunately it lives on in airchecks.

Two years ago, while holidaying in the U.K., I met the program director of Great North Radio in Newcastle, England. Amazingly, he had some Terry Steele airchecks. He said he often played them to inspire his announcers.

Vaya con dios my friend. You made a difference." 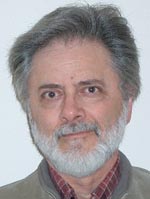 By 1990, the music era was pretty much over at CFRB. It had gradually been morphing into a talk station since the mid-1980s, with many familiar weekday music shows like those hosted by Earl Warren, Bill McVean and Ray Sonin disappearing during that decade. David Lennick was one of the last music hosts at CFRB, and he tells us the backstory of this aircheck...

"This was a month or so before John Keogh phoned me one Friday morning and asked if I was ready to take over the all night show (like I had a choice) that Sunday night. Never mind that I was doing a fundraising gig on CJRT that night. I did both. They'd given Wayne Van Exan the heave ho after his shift on Friday morning, either (Fred) Napoli or (Frank) Proctor did the weekend shifts (I think I'd been doing weekend overnights for a couple of months by that time) and next thing I knew, I was the all night guy. I stood it for about 4 or 5 months, by which time I was doing little more than plugging into the news feed and running the Gulf War live. I packed it in and Terry McElligott replaced me, still playing minimal music for a couple of months."

CFRB was one of many stops in a brilliant career for Lennick. Here's a list: