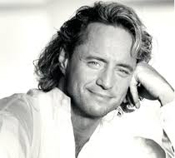 The man born Terry Keith Ingstad was 17 when he got his first radio gig at KEYG in his hometown of Jamestown, North Dakota in 1957. It wasn't long before he headed to the bigger markets of Grand Forks and Fargo in North Dakota, before moving to KIKX in Tucson, Arizona. Then in 1968-69 he found his biggest platform yet - the 6-9 p.m. shift at Drake-formatted rocker WRKO.

Stevens moved to Los Angeles in the early '70s and since then has built a tremendous career as a disc jockey, voice-over artist, TV personality, programmer and actor. He's also authored several children's books. But we remember him as a Top 40 jock at WRKO.