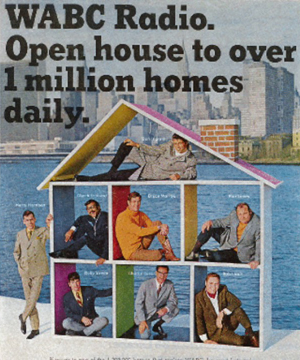 It was January 1968 and change was in the air at WABC.

Gone from the weekday schedule was Don McNeill's Breakfast Club, a holdover from the pre-rock days that had aired from 10-11 a.m. Also scrapped was News Scope, a one-hour news block carried from 6-7 p.m.

With two hours of air time to fill, program director Rick Sklar brought in a new jock, Roby Yonge from WQAM Miami where he called himself "The Big Kahuna." Yonge took over a new 1-3 p.m. shift, sandwiched in between long-time jocks Ron Lundy and Dan Ingram.

Another big change came in September as Herb Oscar Anderson - who had held down morning drive at WABC since 1960 - departed and was replaced by WMCA midday man Harry Harrison.