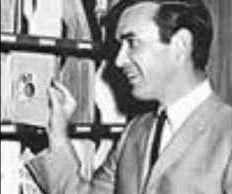 Jay Reynolds is remembered as WABC's longest-serving all-night jock. But he also worked at a number of other notable stations.

Prior to WABC, the native of Mount Vernon, Illinois, did afternoon drive at WIFE Indianapolis, having come over from WDGY Minneapolis in 1965.

Other major stations on his resume include WNDE Indianapolis, WMAK Nashville, and KOAI Des Moines. He also jocked at several smaller stations in his home state.

Reynolds succeeded Les Marshak on WABC's all-night show on February 23, 1970. Six years later - on February 26, 1976 - he did his final WABC show and was replaced by Bob Cruz.