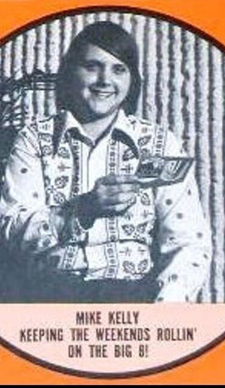 Kelly did weekends at CKLW in 1973, and was heard later on Q-107 and - as Jack Daniels - on country-formatted CFGM in Richmond Hill, Ontario. He also jocked in Philadelphia at WMID, and WFEC Harrisburg, Pennsylvania.