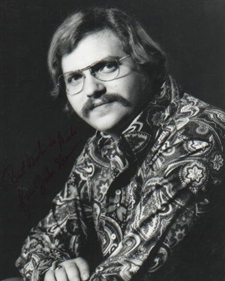 It was the day the music died in Chicago.

On March 15, 1976 - to the chagrin to its many dedicated fans (but too few as it turned out) - WCFL switched from Top 40 to Beautiful Music. WCFL began playing hit music in 1965 and for many years stood as a formidable rival to Chicago Top 40 giant WLS. But declining ratings forced a change, and all the jocks left except for Larry Lujack (Bob Dearborn was asked to stay on, but declined).

To its credit, the station allowed the deejays to say goodbye. On this last hour of Dickie Shannon's final show, the long-time all-night jock departs with a simple "Be good."