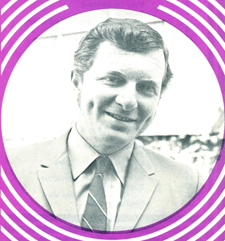 Jay Nelson is known for the time he spent at CHUM and Buffalo's WKBW, but what of the rest of his career?

Born Frank Coxe on July 12, 1936, Nelson's first radio gig was as Frank Jaye at WRIT Milwaukee in 1955. He moved to WARM Scranton, Pennsylvania, in 1956 before jocking at WHLO Akron, Ohio in 1957. Nelson arrived at WBNY Buffalo in 1960 and would spent the rest of his career in the southern Ontario/western New York market.

More from The CHUM Archives