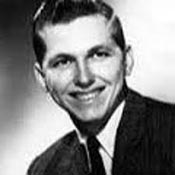 When it was all said and done, the last word musically at WINS belonged to Johnny Holliday.

WINS, which began its life as WGBS in 1924, was a Top 40 outlet for just over a decade before becoming one of North America's first all-news stations.

Holliday - who later went on to a brilliant career as a sportscaster - had the honour of doing the last music show on WINS from 6-8 p.m. on the evening of April 18, 1965.

We have the first hour.