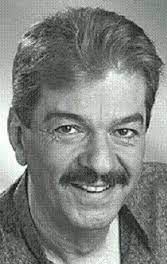 Contributor Dan Haber tells the amazing story of this aircheck.

"The story behind this one is absolutely incredible, a million to one shot that if I didn’t know it happened, I’m not sure I’d believe it.

It starts back in '72. I was still in high school and was home sick the day this took place. CFTR had just turned Top 40 and was looking for a way to publicize itself. So they created Canada’s First Tremendous Rip-off, with the first letters of each word spelling out "C-F-T-R."

It was the very first time they did the contest, and I happened to be sitting beside the telephone table. (Remember when they had those?) The jock came on and announced the first caller would win an all-expenses paid trip to Florida. Since the phone was right beside me, I picked up the receiver and dialed the digits.

Maybe there just weren't that many people listening at the time because the format was so new, but to my surprise and astonishment, I won, the biggest prize I’ve ever managed to this day. It was amazing and an incident I’ve never forgotten. I was only 14, so I wound up giving the trip to my parents, so they got a vacation from us - and my brothers and I got one from them! I never dreamed at the time I went to pick up the prize that I would one day work at the station, a real dream come true.

Fast forward about 15 years. I'd left 680 and was now at CITY-TV with a guy named Al MacCormack. He was a cameraman there, an incredibly nice man and very good at his job. What I didn’t know was that he had worked at 'TR as an operator at the time they’d turned rock. By the time I got to the radio station, he was long gone.

For some reason, we never talked about where we worked before and neither of us knew the other had been at CFTR.

Fast forward another 20 years or so. Al, who now lives in Prince Edward Island, contacted me out of the blue via email and we had a very long conversation on the phone not long after. During the course of the conversation, I told him the story about my early TR win and the fact he was probably there at the time.

The next day, an aircheck landed in my inbox - it was from Al, and in a billion-to-one shot, he had the aircheck from that exact day that I won the prize, never realizing it until he heard the story that I was the guy who was mentioned on-air!

The odds of him having that exact moment forever frozen in time has to be in the mega millions, but there it was. I hadn’t heard it in 50 years and had forgotten the jock was Chuck Christian. So that’s the one I’m sending you, an incredible coincidence nearly half a century in the making."