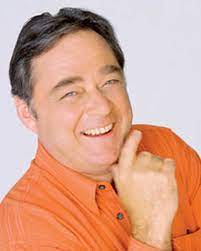 If they sounded like they were having a good time - they were.

Rock Radio Scrapbook. "So many stations had cliques. We had one, and everybody - staff, management, everyone, was part of it."

Michael S. Cooper - a fun-sounding guy if there every was one - was KEY-590's morning man at the time. Cooper was accompanied on the morning show by Mayberry - who would become Broadcast News sports director the following year and is now retired - plus traffic specialist Lynne Thomas, later a professor at Humber College. Tom Otto and Elaine McDonald handled newscasting duties. Otto went on to become a broadcast writing professor at Niagara College of Applied Arts and Technology. McDonald is happily retired and living in Nova Scotia.