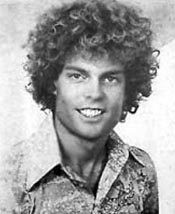 WABC listeners in late November 1979 could be excused if they didn't know there was a new voice in afternoon drive.

That's because Bob Cruz - who replaced Dan Ingram in PM drive while the latter moved to mornings - sounded exactly like him.

WABC executives who listened to tapes of Bob Morgan - the name he was using at the time - couldn't believe their ears. He sounded just like Ingram right down to the mannerisms, lacking only the trademark Ingram humour. Turns out Morgan/Cruz had grown up in the New York area and spent countless hours practising his Ingram rap. Now plying his trade in Florida as Bob Morgan, WABC convinced him to move to the Big Apple in 1976 to do overnights. Within three years he took over Ingram's shift under his real name, Bob Cruz.

Cruz lasted just over a year in afternoon drive, leaving in early 1981 for an announcer job at ABC-TV in New York. He died of AIDS in 1995. 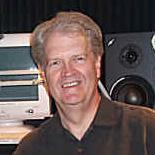 Appearing near the end of this aircheck is Marc Sommers. He started at WABC in February 1979 after beginning his career at KNOE -FM in Monroe, Louisiana in 1971. After leaving WABC with the switch to talk in 1982 he moved to WCBS-FM.