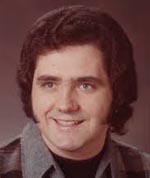 From the Great Plains, to the south shore of Lake Erie to the City of Big Shoulders, Terry Stevens saw a lot of the U.S. mid-west.

Stevens got his radio start as Jefferson Kaye at KKLS in Rapid City, South Dakota, in 1970. Later that year, he became Jerry Thomas at KFMX Omaha, Nebraska. In 1971, it was on to Cleveland, and an four-year stay at the legendary WIXY 1260 as Terry Stevens. He moved to cross-town rival WHK in 1975 then popped up in Chicago in 1979 at WMAQ. From there he went to WKQX Chicago from 1987 to 1989, then left to concentrate on his voice-over career.