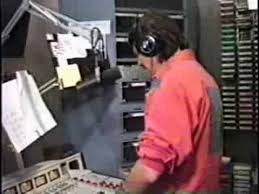 The legendary WIXY 1260 came back for one magical weekend.

Armstrong first came to Cleveland at WIXY then moved to WKYC the following year. Because of a non-compete clause, Armstrong couldn't use his usual on-air name, so he called himself Big Jack or Jack W. Armstrong. He left the Forest City in 1968 for WMEX Boston and later that year, CHUM.