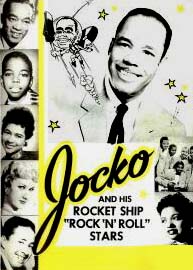 Only two men known primarily for their radio work have a plaque on the sixth floor of the Rock and Roll Hall of Fame - Alan Freed and Tom Donahue (Dick Clark is also there, but he's more of a TV icon). We believe Jocko Henderson (along with a number of others) should also be included.

Jocko Henderson has been called the "black Dick Clark." It is a compliment but also a somewhat degrading remark. It is a compliment in that any comparison with Dick Clark is a high honour. However, it is degrading in the sense that Jocko's great work is not allowed to stand on its own. After all, Dick Clark is never referred to as the "white Jocko Henderson" (and what does race have to do with it anyway?) Like all comparisons of this type, they are invalid as each person's work should be judged on its own merits. 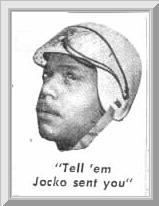 The last vestige of WGR's music format was Craig Matthews' afternoon show from 12:30-4 p.m. in 1989. By that time, the rest of the programming day was news and talk. WGR, which won two Billboard Station of the Year awards during its music era, became a 24-hour news and talk station by 1990.

Matthews is one of the few deejays to have worked at all three of Buffalo's AM music giants - WYSL, WKBW and WGR (George Hamberger, Tom Donahue and Shane are also on that list). Matthews started at WYSL in 1975 at the tender age of 16, then moved to 'KB in 1978 where he stayed until 1986. Then it was on to 'GR and a three-year stay there right to the end of that station's music era. Matthews was hired at Oldies 104 (WHTT) in 1990 where he spent 12 years before moving to weekends/swing at country-formatted WYRK. The man whose motto is "never say never" will never be forgotten when one looks back at the great years of Buffalo hit music radio.

CHUM turned off the lite and turned on the oldies.

After a three-and-a-half year flirtation with light rock as Favourites of Yesterday and Today, the Toronto outlet switched to a full-time oldies format on Labour Day weekend 1989.

On this aircheck from the first day of CHUM's oldies format, we hear Russ McCloud and Melanie Deveau. Both were holdovers from the light rock days, and held down the 6-10 p.m. and 10 p.m.-2 a.m. shifts respectively on that first day.

Deveau was the first of four CHUM female jocks in CHUM's history (the others were Nancy Krant, Amber Payie and Stacey Thompson). Deveau left for CIMX Windsor, Ontario, in July, 1990 while McCloud stayed at CHUM until January, 2001, departing just a few months before CHUM switched to an all-sports format that May.

Don Berns moved north of the border in the '80s, and was heard in Toronto on CFNY, KEY 590 (CKEY), CILQ (Q-107) and CHIN-FM. He also jocked in southern Ontario at CING-FM Burlington and CIDC Orangeville.