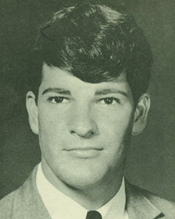 Roby "The Big Kahuna" Yonge surfed his way into the hearts of Miamians at WQAM.

The native of Fort Jackson, South Carolina - who grew up in Ocala, Florida - came to WQAM in 1965 after working at a few smaller stations in Florida. Aided by his female sidekick Gadget, Yonge soon became hugely popular, a larger than life figure who alternated between morning drive and afternoon drive for a few years, while also doing a night-time show for a short time. By 1969 he was gone, headed to WABC New York where he was fired for breaking format to talk about the "Paul is Dead" rumours.

Yonge briefly went to New York's WCBS-FM, which had a progressive rock format at the time. In 1973, he resurfaced in Palm Beach, Florida at progressive rock "The Mother" WMUM, where he was general manager. Next stop was WHYI Fort Lauderdale/Miami - literally for a cup of coffee - where he was fired after one day following a dispute with his boss. The next day Yonge crossed the street to WMYQ, where he spent several years doing mornings before heading to WFUN Miami in 1987. His final radio stop was in 1993 at WMRZ Miami, where did a talk show.

"On his airchecks, even from WQAM, he demonstrates a lot of spirit and personality," his godson Roby Sherman told musicradio77.com. "I can understand why he stood out." 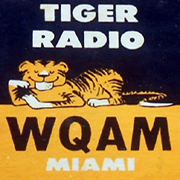